Apex Legends is in the final weeks of its second season, so if you want to earn all the exclusive stuff, you’re running out of time. Like Season 2, it’s expected to go on for several months and a bunch of new content will be added to the game.

Crypto is the new character of Apex Legends in Season 3. He is Cool, calm and deploys specialized surveillance drones to stay in the fight and out of the spotlight. His tactical ability allows him to summon a remote-controlled drone that can loot bins, open doors and pick up teammates respawn banners.

Season 3 is free for all players, but some of the content will require you to spend in-game currency. both the battle pass and the new character Crypto, will cost you some money. But everything else like the map changes and new weapon called Charge Rifle is free.

The Frontier War is over. After hundreds of years of tensiion between the
IMC (Interstellar Manufacturing Corporation) and the Militia founded to fight them, the far-off region of space known as the Frontier can finally know peace. But liberation can come at a cost: when the IMC and the Militia departed, they took everything of value and left the Frontier worlds in chaos. With no way to support themselves, the people of the Frontier had no choice but to leave their homes.

The brave relocated to the Outlands. The Outlands are untouched by war and teeming with resources and opportunity. But life is cheap here and danger lurks around every corner. Its pioneers, explorers and outlaws used to spend their lives locked in an endless power struggle but now, they settle their differences in the Apex Games, a bloodsport where Legends from all corners of the Frontier compete for money, fame and glory.

Visually, Apex Legends comes in between the partially realism of PUBG and the cartoon theme of Fortnite. It offers good diversity in the environment and everything is crisp with colour and detail. Levelling up your character gives access to a vast range of weapon and outfit customisations – all cosmetic things are available through paid micro-transactions. The Legends you choose will add new wrinkles to the battle royale format and further place the focus on playing as a team.

The eight options each have their own neat tactical, passive and chargeable ultimate abilities that can come in handy at times. With that said, because firepower is determined by the guns you find rather than the class you pick, they don’t feel as absolutely necessary as the class interplay of something like Overwatch.

In Apex Legends, the abilities feel more like perks than restrictive identities, so you can play as anybody you like and your team will likely be viable. This has encouraged players to try different characters without worrying much about team balance. Most of the players will find the Legends to be a fun addition because of their voice acting and their style, all of which is upbeat. Fights aren’t always fast and aggressive. There are abilities that will slow them down and allow for retreats and regroups. The game is free and you can play it on PS4, Xbox One and PC. 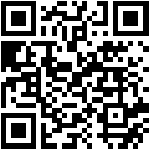