Play theHunter Classic, the most realistic online hunting simulation video game, for free! Experience hunting in a vast open-world environment. Explore 11 reserves including the desolate Australian outback and overgrown swamps up to the dramatic landscape of the Alps. Harvest your prey using Over 80 weapons from crossbows, hand guns, state-of-the art rifles to bows. Customize your load-out with stands, blinds and dogs.

So start playing The Hunter Classic. You can play alone to compete with others or team up with other players and enjoy a multiplayer hunting game.

The Hunter game will recreate hunting wild animal in the most realistic manner. Things such as realistic animal behaviors and persistent online features will give you the chance to experience real hunting.
Realistic animal behavior is the greatest feature of the game. As a result species reacts to different stimulus in different ways. All of them have the Scent detection. So players must be careful about the animals smelling their scent and run off.

Start the game by creating your own character on the game’s website. Select your avatar’s face, name and other things. Explore vast and endlessly varied environments, each with detailed graphics.

Start hunting and finish missions to earn gm$ (in-game currency) to unlock species, weapons, abilities and bigger missions. em$ is another in-game currency that can be purchased for real-life money or earned through winning in-game competitions.

The game is about tracking and harvesting (killing) animals. You have to choose the right weapon for each animal.

Such as “Huntermate” which is a GPS-like device that can track animal’s scat, blood trail, calls and grunts etc.

Take part in competitions and compete with others for climbing the leaderboards or complete challenging missions so that you can earn achievements. Each achievement will be added to your HunterScore, to track and compare your progress with other hunters. You can unlock some items by Increasing your HunterScore.

Since the first version of TheHunter Classic in 2009, the game is still continuously updated with new weapons, species, environments, equipment and features. And more is still coming!

Play now For Free on PC 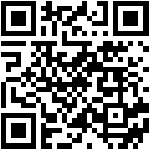