Path of Exile is a free-to-play action RPG ( role playing game ) developed and published by Grinding Gear Games. You are an Exile, struggling to survive on the dark and brutal continent of Wraeclast, as you fight to earn power and energy that will allow you to exact your revenge against those who wronged you. Wraeclast is a dark and brutal continent Scarred by mysterious catastrophes of the past and inhabited by powerful and brutal creatures, creatures of nightmare, the environment challenges exiles who dare to explore it. You can choose from six available classes to play as Duelist, Marauder, Shadow, Ranger, Templar and Witch. All of Path of Exile’s character classes share its major passive skill tree.

Starting at one of seven distinct locations, You can focus on the core specialities of your class or travel across the tree to build complex combinations of skills from various choices. Scattered across the tree are Keystone passives that drastically alter the way a character is played. Resolute Technique removes your ability to get critical strikes, but also prevents enemies evading your attacks. This game is completely free and will never be pay-to-win .

Unlimited Character Customization, Deadly Missions, Brutal Competitive Play, Customise Your Hideout, Fair-To-Play. Never Pay-To-Win, Freedom, Power and Revenge are the key features of this game that can make you addicted to this massive multiplayer RPG game . 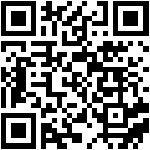