The Suicide of Rachel Foster is an eerie-looking first-person narrative adventure game for PC, PlayStation 4, Xbox One. The Suicide of Rachel Foster set in a “desolate mountain hotel” in the early 1990s. A strong-willed woman came back to the family heritage – a hotel- after so many years to fulfill her mother’s wish. She then finds herself trapped and the only way out is an old cellular telephone. Now she has to unveil a terrible truth.

10 years ago – when Nicole was a teenager – she left the family hotel with her mother right after when her mom realized that his father – Leonard – has an affair with Rachel, a pregnant girl in her own age who eventually committed suicide.

Now that Nicole is 26 and both of her parents have passed away, Nicole is the owner and has come back to the hotel to carry out a survey and to fulfill her mother’s last will, selling the hotel and making amends to Rachel’s relatives. She returns to the hotel with the family’s lawyer to audit the decaying structure.

The weather gets worse and worse, she’s marooned by a blizzard and has no choice but to leave the large mountain lodge and finds support. Irving is A young FEMA agent and he’s the one who helps her with the first radio telephones ever built.

With his help, Nicole starts to investigate a story that hides a mystery far deeper than what people in the valley thought, a story of love and death, where melancholy and nostalgia melt into a thrilling ghost tale.

Explore the old desolate mountain hotel in the early 1990s in a detailed first-person narrative adventure game to unravel dark secrets of the past. Nicole is trapped by a blizzard and she has no connection to the outside world. There is only a disembodied voice of a distant FEMA agent. The aim is to explore the hotel and try to piece together “a dark family mystery.”

A strong-willed and brave female protagonist.

Binaural audio for a truly immersive experience in The Suicide of Rachel Foster Intriguing, touching and mature storytelling.

More information about The Suicide of Rachel Foster 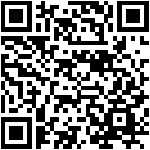