Borderlands 3 is an action role-playing first-person shooter video game for Microsoft Windows, PlayStation 4 and Xbox One. Borderlands 3 will be released on September 13. Play as one of four classes, Complete quest and side missions in single/multiplayer mode. Kill, Equip weapons and gears and unlock multiple planets.

Choose a character from four classes available in Borderlands 3 and customize your character with a wide range of personalization options.

Each character in Borderlands 3 has 3 unique skills but only one can be used at a time (only Zane can use two). These are four new characters:

* Zane the “Operative” with many gadgets

*FL4K who is a robot “Beastmaster”, summons creatures to aid in fights.

Over one billion guns in the game. “Some guns launch exploding sawblades, some never need to be reloaded, others grow legs and pursue enemies on foot when you throw them.”

There are also elements such as fire, ice, electricity, and radiation

“Long before events in any of the games took place, an ancient alien race known as Eridians flourished across the galaxy. They mysteriously disappeared, leaving behind ruins and vaults containing untold riches (and threats), and their advanced technology was eventually discovered that led powerful corporations to Pandora, a mostly arid, desolate planet that held remnants of these artifacts. Cue years of corporations fighting for resources and exploiting their workers before taking off, you’re left with hostile factions making Pandora their new home.”

Your adventure began on the planet Pandora (same as previous Borderlands games). But that’s not it! After unlocking the Sanctuary III spacecraft, you can travel to new planets. And no worry! You can manage your inventory and your guns while purchasing new guns and upgrades. “A backwater swampland, a futuristic city, and a picturesque monastery are among the new environments you can explore.” 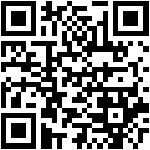