Welcome to the world of chaos. Start playing and become a part of this world. Choose any Agent you favor, master your role and become an expert, dominate the battlefield with your team and stand a head and shoulder above others squads.

If you’re a fan of online FPS battles, team-based shooter games, and run & gun warfare, then drop into the action.

– Agents
13+ specialized Agents (like Tower, Ronen, Kult, Creeper, Monark, Kan, Seven etc.) in the Modern Combat Versus. There’s an Agent for every play style. From skilled attackers to supportive defenders and covert assassins, each agent have his/her own role, weapons and ability.

– Experience a new war zone
five different, distinct maps range from close-quarters to wide combats battlefield. Variety of locations from a high-tech rooftop headquarters to a secret desert facility, and much more!

– Worldwide gameplay
connect with players from around the world. Create your own squad or join a team that already exist.

– Host Live Tournaments with custom lobbies and prizes and trophies

– Fight in monthly seasons, earn trophies and reputations to get promotion to higher-ranked leagues of the “Modern Combat Versus” world.

-Use what you had earned to customize your Agents with cosmetic skins featuring unique designs and weapon. 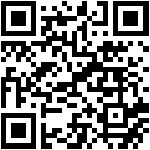