Resident Evil 3 remake is a survival horror game, remake of Resident Evil 3: Nemesis (1999). This third-person shooter game will be out on April 3rd, 2020, for the PlayStation 4, Xbox One, and PC. Jill Valentine attempts to escape a zombie apocalypse while being hunted by an intelligent bio-weapon called Nemesis. Join Jill and her friend – Carlos Oliveira – on a road trip.

The game puts You back in the shoes of former S.T.A.R.S officer -Jill Valentine-, one of the characters from the first Resident Evil game, as she attempts to escape from the Raccoon City during a zombie apocalypse caused by an outbreak of the T-Virus, while being hunted by an intelligent monster, a bio-weapon creature named Nemesis. As the trailer reveals, Nemesis (much like the hulking Mr. X in the Resident Evil 2 remake) has gone through a significant design upgrade. Nemesis attempts to kill her and all remaining S.T.A.R.S members.

– The player can use a variety of firearms to defeat enemies, ranging from pistols to rocket launcher.

– Be careful! Your Choices through the game affect the story and ending.

– Entirely overhauled graphics and gameplay, Proper over-the-shoulder shooting and camera perspective, plus a modern control (Unlike the original, which uses tank controls and fixed camera angles).

– There is one major difference in the remake version. Nemesis runs faster than Jill’s fellow Special Tactics and Rescue Service (STARS) members.
Occasionally, he carries a rocket launcher and has some tentacles that can infect people with a deadly virus — an element that’s hinted at in the trailer.

In the four-versus-one mode, you will see four players as the survivors against a single “mastermind”. They are trying to outwit him, who is able to tweak the environment, create traps, enemies, and other hazards to try and defeat them. The mastermind can also take direct control over more dangerous bio-weapons like the mutated William Birkin and Tyrant.
Four Survivors have to work together, using various weapons and unique special abilities to escape before the time runs out. 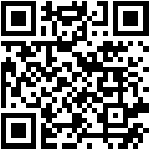