PUBG Lite (PLAYERUNKNOWN’S BATTLEGROUNDS Lite) is a free version of PUBG for PC and its an online multiplayer battle royale game developed by PUBG Corporation. The down side is that they’ve lowered the graphics and players can only play from a few countries for now. People from Thailand, Bangladesh, Brunei, Cambodia,Laos, Myanmar, Indonesia, Malaysia, Philippines, Singapore, Taiwan, Hong Kong, Maku, Brazil and Turkey can play this game for free. The game is also available for a few countries in Latin America, Mena and South Asia.

One hundred players parachute into an island and scavenge for weapons and equipment to kill each other while avoiding getting killed themselves.
The available safe blue area size of the game’s map decreases over time, directing surviving players into tighter areas to force them to kill each other. The last player or team standing, wins the round.

PUBG Lite is basically PUBG but with lower graphics. The advantage is that it’s free. A few hours into the game, you get the sneaking sensation that everything, even the smallest detail, has a purpose. For example, all the doors closed when a match begins, but when spotted open, they serve as a warning sign that you aren’t the first person to arrive in here. Military bases and cities have powerful weapons, but that attracts more players and more conflict. So like other games, the more you play, the more you’ll learn how the game works. Every few minutes, the playable area of the map begins to shrink down towards a random location and the players outside of the safe area will take damage incrementally and they will eventually die if they don’t enter the safe area in time. 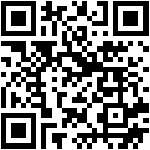