NBA 2K20 is an upcoming basketball simulation video game based on the National Basketball Association (NBA) that will be released globally on September 6, 2019 for Xbox one, Microsoft Windows, Nintendo Switch and PlayStation 4 .
Enjoy the new graphics and gameplay, new modes and customization in the new NBA 2K game.

NBA 2K20 is much like previous games in the series but it will have so many improvements. As usual the aim is to follow the rules of NBA and gain same objectives. There will be real or customized players and teams and things such as new game modes, play styles, animations and customized settings. The motion, ball handling, the game’s AI, defense, reactions, protections are improved too.

* enjoy the most realistic player control. The motion, shooting control, dribble and read & react defensive game will be upgraded.

It is one of the game’s modes that allows you to create your own customizable players and play through their basketball career.
“Up-and-coming visionary Sheldon Candis directs the most visually stunning My CAREER cinematic experience to date. A star-studded cast including Idris Elba, Rosario Dawson, and NBA all-stars past and present bring the journey to life in a completely new and immersive way.”

For the first time in the 2K series, all 12 WNBA teams plus more than 140 players are available in the NBA 2K20.

“Dynamic gameplay featuring new talents, new dialogues, interviews (plus My player interviews), records and milestone coverage plus more than 2,000 arena specific crowd reactions and sounds will be the next level of presentation in the history.”

My Game (MY GM) and My League

“Think you can build the next dynasty? Take full control of a franchise and develop a champion from the ground up. Featuring new skill trees, a revamped relationship system, simulator customization, revised scouting, and more.”

For the eighth time in the series, My Team mode is back. It’s about building a basketball team and maintaining a virtual trading card collection. Play in a tournament-style competitions with your team. Compete against other players.

“Assets for a team are acquired through various means, including randomized card packs and the auction house. Virtual Currency (VC) is used extensively in the mode.”

And more to be announced! 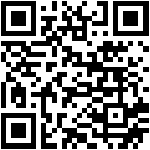