StarCraft II is a science fiction real-time strategy video game developed and published by Blizzard Entertainment. It was released worldwide in July 2010 for Microsoft Windows and Mac OS X.

A sequel to the 1998 video game StarCraft and its expansion set Brood War, the game is split into three installments: the base game with the subtitle Wings of Liberty, an expansion pack Heart of the Swarm, and a stand-alone expansion pack Legacy of the Void. In March of 2016, a campaign pack called StarCraft II: Nova Covert Ops was also released.

Experience the game that redefined the real-time strategy genre. Terran, Zerg, or Protoss – the galaxy is yours to conquer. With this game you can experience intergalactic warfare through an epic story campaign, best-in-class multiplayer competition, and collaborative co-op missions. 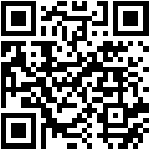