Tell Me Why is an upcoming adventure game by Xbox Game Studios which is planned to be released in summer 2020 for Microsoft Windows and Xbox One. Tell Me Why is going to be the first-ever video game with a transgender as the playable lead hero.

This intimate thriller is centered on two playable characters – identical twins, Tyler and Alyson Ronan. They grew up in a small community in Alaska and now they must travel to their childhood home and reunited after a key event drove them apart 10 years ago. Players will revisit parts of the old home with both of the twins, and experience separate visions and memories of what had transpired, with each twin having different recollections of what happened.

– Tyler is a transgender man who has transitioned to a male some years ago. The story involves how their childhood situation influenced Tyler’s development and effects on their mother. (The character is even voiced by a Trans male actor)

– Setting: Tell Me Why takes place in a beautiful small-town Alaska

– Exploring the town, investigate 21-year-old twins, Tyler and Alyson shared memories and talk to local inhabitants to understand what drove the characters apart from each other

– There is a strong supernatural bond that connects the twins. This bond allows them to share their thoughts and feelings. Tyler and Alyson use their special bond to unravel mysteries of their loving but troubled childhood.

– They also have the ability to interact with past memories, to recall and relive them. Over the course of the story, the two Alaskan characters will see and remember things differently. It’s your job to choose which you pick and make decisions based on which version of the past events to believe. But do not forget that your choice will shape the story and affect the game’s outcome, it will determine the strength of the twins’ bond and the future of their lives.

More information about Tell Me Why

Tags:Download Tell Me Why, games for windows 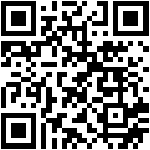