Reconnect with your inner child and enjoy the journey of Mono and Six to the Black Tower. Only your imagination can guide you to find a way out.

The girl in a yellow raincoat from the original Little Nightmares. The game takes place after Six escapes from the Maw – a big, mysterious vessel that supposed to keep Six captive until the next meal for the corrupted souls.  Now she is fading away from this world.

The playable character, a young boy who is trapped in a distorted and broken world by the humming transmission of a distant tower.

As Mono, You must go back to Little Nightmare’s dark whimsical world that’s rotten from the inside and infiltrate a Signal Tower, the source of evil that’s spreading throughout the land. Mono and Six will meet soon and Six will be Mono’s guide. Together they must navigate through the City and try to reach the Signal Tower and find its dark secret to save Six.

But their journey will not be a piece of cake. As the relationship between Mono and Six grows, they must face and fight a gallery of new threats, sneak, and work together using stealth and some items to overcome tricky puzzles and terrifying residents of this world in the Little Nightmares universe.

Locations and other characters

As you progress in the journey, you must navigate through the creepy forest and some places in the city including the sinister School, the Hospital, a dollhouse, and a playground full of secrets. The aim is to reach out to the Black Tower and To do so, Mono and Six will face some characters like the Hunter, the Teacher, the Students, the Viewers, and the Broadcaster.

The game is similar to the first game but with different features, including defending 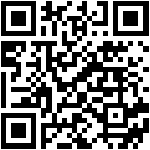