Race against the best drivers in the world, enjoy a new team-building career mode, Compete on 22 circuits, with current and classic content or challenge your friends in new split-screen with casual race options.

– Compared to F1 2019, the game’s visuals or handling hasn’t been changed much, but the overall package was a big improvement over previous entries. As before you can play through a ten-year career across multiple seasons. You must start in F2 and work your way up to F1.

And although several races in this year’s F1 calendar have been canceled or postponed because of the pandemic, Codemasters promises that F1 2020 will have all 22 tracks. There will be more ways to race (Such as Time Trial, Grand Prix™ Mode, Championships), Leagues Customisable Liveries, and Weekly Events.

F1 2020 introduces a team management feature known as “My Team”. Players can now create and run their own F1 team. You must create a driver first, then design a livery and sign sponsors, select an engine supplier, and hire a second driver. After that, you will compete as the 11th team on the grid. You will be able to build and upgrade the facilities and hire staff to continue development and drive to the top.

Hanoi Circuit and Circuit Zandvoort are the two new races added to the series. Motorsport fans will know the Circuit Zandvoort mode very well, it is a challenging, and technical, and relentless course that has two dramatic banked corners. And the Hanoi Circuit is a street track that has the longest straights in F1 which allows reaching terrifying top speeds.

Enjoy the game with friends in the split-screen racing. This new feature means that you can enjoy playing with your friend without worrying about your skill level.

– F1 2020 features all the official teams, the drivers, and 22 circuits from the 2020 Formula One World Championship™.

– Casual race options for those who are in favor of more relaxed racing.

–  When playing in Formula 1, players can choose Shorter season-length options (three different season lengths of 10, 16, or full 22 race options). They will also be able to create a custom calendar.

– Classic F1® cars The game has continued the series’ trend and will have the 2020 season’s cars as well as historical Formula One cars from 1988-2010 (as downloadable content). DLC is planned to celebrate the sport’s seventieth anniversary and will include the Williams FW18, Jordan 191, Benetton B194, Benetton B195, and the Ferrari F1-2000. 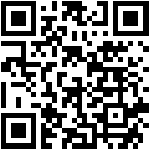