Crossout is a free online multiplayer game. A mysterious viral epidemic swept the earth in 2027. Millions of people died all over the planet. The vibrant lively cities were left abandoned.  Among those who survive the first days, some faced with hallucinations and headaches, others went mad and committed suicide.

The source of the disease was unrecognizable. Several possibilities such as radiation of cellphones, a virus created by terrorists, Alien invasion, nuclear war or an unsuccessful human genetic testing were taken into account.

Different protective measures was tried by those who wanted to escape the effects. People start wearing mask to breathe purified air, some stopped using technologies. But they failed. The epidemic became the pandemic in such a global scale has never seen before.

Crossout aims to depict life on Earth 20 years after the 2027 global disaster. While humans still remember life before the disaster, they are changed now. The most visible metamorphosis are the eyes! That’s the reason why People start wearing sunglasses. Hide their differences!

Different factions can be found: ones trying to recover and build a new world, those who are looking for war, chaos and destruction and those who aren’t human anymore and hide their faces behind masks.

* Vehicles
Thousands of possibilities to construct your vehicles using a range of available auto parts. Players can make any vehicle they desire, from nimble buggies to heavily tracked off-road vehicles or combat platforms on antigrav fields.

Your creativity has no limits. The Crossout is offering you a complete customization. There are thousands of possible combinations. Use dozens of available shapes, parts, wide range of armor, weaponry or support systems to create a vehicle of any kind.

* have your own workshop

Visit your own garage to Create advanced mechanisms and sell them at the built-in auction marketplace in the “Crossout”.

Attack your enemies, destroy any part of their machinery to affect the vehicle’s performance immediately. And don’t forget to protect vital parts of your battle wagon.

Need money? Sell pieces that you’ve gathered in the battle.

Fight against another team of players or AI-participants. Each team must eliminate the enemy team, capture their base or finish other tasks base on the game mode

Choose your own battle strategy. Do whatever necessary to Survive and gain Victory! 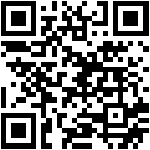