Star Wars Jedi: Fallen Order is an upcoming single-player action-adventure video game for Microsoft Windows, PlayStation 4, and Xbox One that will be released on November 15, 2019. Meet Star Wars characters (like Saw Gerrera and the Second Sister inquisitor) and visit worlds (such as Kashyyyk). You can also visit new worlds or meet new characters in the game.

A few years after Revenge of the Sith, Jedi Padawan Cal Kestis has escaped clone Order 66. Since then he has been running from the Galactic Empire and tried to evade the Empire’s attention, which wasn’t successful.
When he was trying to save a friend from falling into the pit, A nearby Imperial Probe Droid accidentally saw him and transmits the footage to the Empire. So now Cal’s true identity is revealed. It’s the second sister’s duty (an inquisitor trained by Darth Vader) to hunt down the Padawan and eradicate the remaining Jedi Knights.

No dark side or light side choice system (unlike other star wars game) due to linear storyline. “Instead, the game will explore the dark times following The Revenge of the Sith when the Empire is at the height of its power and Cal and other force users are in hiding.”

The Wookiee home world of Kashyyyk

Players take control of Padawan Cal Kestis. He is one of the last surviving Jedi who is trying to run away from the Galactic Empire and the Second Sister Inquisitor and survive.

There’s a ship that you can use to travel between planets. All you have to do is to traverse previously inaccessible areas. There’s a landing zone on each planet, where you can lad your spaceship there, rest, do the craft upgrades and upgrade Cal’s abilities.

There are also save points in the world

Healing abilities are similar to Dark Souls. “Your loyal droid has a set number of healing canisters that are replenished at save points. As you gather resources you can upgrade the number of canisters the droid can carry.” 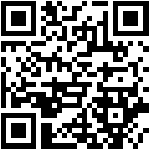