Bright Memory: Infinite is an action lightning-fast fusion game. The developer decided to make a full-length game After the Bright: Memory Episode 1, and they’re planning to release it on Microsoft Windows, PlayStation 4, Xbox One, and Xbox Series X in 2021.

Play as Shelia and Combine different skills and abilities to attack and defeat your enemies.

The game is set in 2036 in a metropolis. When something strange happens in the skies all over the world, The Supernatural Science Research Organization (SRO) will send agents to different parts of the planet to investigate this phenomenon. While there’s no scientific explanation, it will be discovered that these things are connected to an archaic mystery about two worlds coming to light … .

As it was in Episode 1, Players take control of the Protagonist, Shelia, who is working for SRO. She has guns and a sword plus has supernatural abilities such as psychokinesis and unleashing energy blasts. You can combine all of these abilities to win the combat. Each winning will unlock experience points and more character’s skills and abilities (like stopping time).

Bright Memory: Episode 1 was breaking onto Steam for Microsoft Windows on 12 January 2019. It was an impressive sci-fi FPS, something between Shadow Warrior and Devil May Cry with some serious technical chops. The fact that this impressive game has a sole developer was fascinating. The game received largely positive reviews by critics. ( the 40-minute demo of the game has 90% positive rating – more than 3,000 reviews on the international game store Steam)

The man behind Bright Memory is Zeng Xiancheng, a 23-year-old high school dropout who is the founder of the FYQD Studio.

He spends most of his time in his apartment in Liuzhou to build virtual cities and time-traveling warriors to complete the Bright Memory: Infinite.

The reviews convinced him to make a large, scaled-up new edition called Bright Memory: Infinite instead of making the planned episodic trilogy. “During the initial stages, since it was pretty difficult to estimate the number of copies that would sell, I decided to create the kind of game that could start as a demo and later use crowdfunding support to develop further. I’ve finally managed to amass enough time and funding, so the action and general gameplay will remain as-is but the story and stages are all being reworked.” Said Zeng Xiancheng.

Developers will release The Bright Memory: Infinite as a completely separate game.

But those who have already purchased Bright Memory: Episode 1 before Infinite releases, will be able to have it for free.
The Bright Memory: Infinite hasn’t been completed yet but Microsoft already has high hopes. 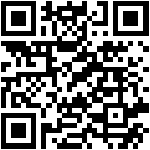