Watch Dogs: Legion is an upcoming action-adventure game. The Watch Dogs, Legion is the third game in the Watch Dogs series and it will be released for Microsoft Windows, PlayStation 4, Xbox One and Google Stadia on March 6, 2020.

The game is set within an open word: fictionalized representation of London. This is a whole new level of tech dystopia which will encompass notable landmarks, boroughs, and cultural styles of the city.

Life is difficult in the London. Freedom is a wish now. Drones are now heavily integrated into society. Some drones are flying cops equipped with weapons. Personal liberties have been vastly limited. Each and every citizen is constantly watched by Albion, a private security company that gained influence across the city. “The game’s story focuses on the efforts of a hacker group DedSec in combating an authoritarian regime that has taken control of the United Kingdom, thanks to the advanced surveillance system known as ctOS. To assist in this, DedSec recruits allies from across the city in order to liberate the city as a resistance force.”

You will have the chance to control multiple characters in the Legion. They can be recruited across the game’s setting. “Each of these characters can be recruited through a unique mission, though this depends on their standing with DedSec; for example, a character who the hacker group helps out will be in favour of aiding them when asked and completing their recruitment mission, whereas a character whose family member was accidentally killed by a DedSec member will not tolerate the group and likely refuse to join.”

The game will also feature a cooperative multiplayer that will allow up to four players to team up and work together.

There are 3 classes for DedSec agents each class features its own special tools and ability upgrades when a character levels up.

The combat-focused class which equip explosive rounds on weapons and plant sticky mines.

-Infiltrator
The hands-on stealthy type with an especially useful ability. They can activate an “AR cloak” that essentially renders you invisible to guards for a short time. There are perks available in the demo “Lunge, which gives you an increased takedown radius, All-Seeing lets them tag nearby hostiles, Shockwave staggers enemies, and First Strike adds a suppressor to SMG weapons.” And more will be available in the full game.

-Hacker
They can be stealthy, but they prefer to let Spider drones do the sneaking for them.

Explore the city by foot, vehicles or travel fast by using the city’s Underground stations.

* Characters can be fully customized with clothing, and weapons. 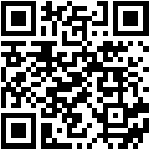