Heart Machine, the indie studio which brought us Hyper Light Drifter, has eventually advertised its follow-up: Solar Ash Kingdom. We’ve got little detail likewise the lovely 3D visuals on expose in the debut trailer, but it bears kind a bit of stylistic symmetry to the previous game ,right down to the supernal soundtrack provided by Disaster peace.

Hyper Light Drifter Extender Heart Machine has officially pulled back the screen on its new game, Solar Ash Kingdom, with an announcement trailer that’s as lovely as it is strange.

“We try to tell a beauteous  story through our world, the atmosphere, our characters and even our gameplay, each feature of our games are painstakingly deliberated, which requires a large  finance of time,” creator Alex Preston told IGN. “Thanks for bearing with us and our respective silence; we’re so excited to begin opening up about the game and the process behind it on our develop and above.”

The trailer makes Solar Ash Kingdom seem like a speed-skating sim in an amazingly colorful alternate dimension exploded by the sticky marshmallow youngsters of Yog-Sothoth, but that’s plausible not quite what it’s all around. Actual specifics are short, but Preston said that “an entire new set of incredible tech and key introduction” will distinguish the game from its predecessor, and the studio explained on Twitter that it is not a sequel to Hyper Light Drifter.

There’s no word yet on a publish window for this game, but the trailer does confirm that it will be coming to the Epic Games Store, indicating that a PC publish is in the cards. Considering that Hyper Light wanderer was originally released for Mac and PC in March 2016, and after that by Xbox One and PlayStation 4 releases in July of that year, and a reverse port in 2018, it’s possible that this game could make its path to other platforms later on as well.

At this stage, we’ve got no concrete details on when the game is coming, and given how long it takes for Hyper Light Drifter to release, we can probably imagine Solar Ash Kingdom to be a long time coming, too. 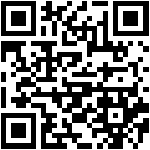