Red Dead Redemption 2 is an action-adventure open-world game for PlayStation 4, Xbox One, and Microsoft Windows. Be Arthur Morgan in 1899’s Western state and Enjoy shootouts, heists, hunting, and horseback riding in a western environment.

The game is set in an open-world environment, a fictionalized representation of the Western, Midwestern and Southern United States in 1899.

Red Dead Redemption 2’s unexploited land is the largest portion of the game world. It features diverse landscapes with occasional travelers, bandits, and wildlife and it can entertain you for hours.

There are urban settlements in the game including farmhouses, towns, and cities. The main transportation is via Horses (various breeds designed, each with different attributes). Players must train or tame a wild horse to use it or perhaps steal them. You can also use Stagecoaches and trains for traveling. The player can hijack a train or stagecoach by threatening the driver or passengers and then rob their money.

Witness or take part in random events happening while exploring the world including ambushes, crimes committed by other people, pleas for assistance, ride-by shootings, public executions, and animal attacks.
You can also take part in side-activities such as small tasks with companions and strangers, dueling, bounty hunting, searching for treasure or other collectibles around the map like rock carvings, and playing poker, blackjack, dominoes, and Five Finger Filet

Don’t forget to hunt animals. That will provide you food, income, and material for crafting items, So choose your weapon carefully and aim correctly for the best result.

Red Dead Redemption 2 is all about your choices. Accepting or declining the missions, the way you communicate with NPCs, and etc. will shape the plot, dialogues, and the story.

Arthur Morgan is an outlaw. He is a member of the Van der Linde gang. Throughout the game, he must deal with the decline of the Wild West whilst attempting to survive against government forces, rival gangs, and other adversaries.

The gameplay will affect Arthur’s health and stamina attributes but he can eat and sleep to replenish his cores. He can also gain or lose weight. The player can bathe to remain clean and can visit a barber to change his hairstyle.

The story also follows John Marston. A fellow gang member.
Complete numerous missions in the game with fixed goals to progress in the game and gain rewards. Besides that, you can freely roam the game’s interactive world.

Fight with your enemies using melee weapons such as knives and tomahawks, pistols, revolvers, repeaters, rifles, shotguns, bows, explosives, lassos, mounted Gatling guns, and firearms. The game features weapon degradation So Each weapon requires cleaning to maintain its performance. When Arthur uses a gun for a long time, he becomes more experienced with it, which improves weapon handling, reduces recoil, and increases the rate of reloading

The Honor system is back in Red Dead Redemption 2. It’s about measuring how Arthur’s actions are perceived in terms of morality. Morally positive choices and deeds like helping strangers, abiding the law, and sparing opponents in a duel will add up to the player’s Honor. However, negative deeds such as theft and harming innocents will subtract from the player’s Honor. Honor will influence the game’s story, dialogues and on the benefits (such as rewarding the player with special outfits and large discounts in stores.) 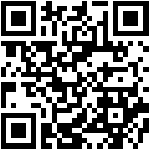