Skip to content
Homegamepc-gamePlants vs. Zombies: Battle for Neighborville

Kick some grass in Plants vs. Zombies Battle for Neighborville. unlock 20 fully customizable characters in plants or zombies. Explore THE MAPS and fight from the Neighborville to the Outer Edges of it and Back. Enjoy playing 3 free-roam regions, a PvE mode, 6 PvP modes, and more for each faction.

Play with your pals. Prepare for battle in six online multiplayer modes. Choose intense 4v4 Battle Arena in the Funderdome or split-screen couch co-op in every mode. three free-roam regions and one PvE mode. Squad up with up to three friends in the Giddy Park social region and take back Weirding Woods, Mount Steep, and Neighborville Town Centre.

Pick your characters among 20 customizable classes and fight in the battle between plants and zombies.

1. Night Cap: designed for sneaking like a shadow and to unleash the mushroom martial art, Fung Fu.

2. flame-blowing Snapdragon: designed for Blaze a trail through zombie foes with flames. Always ready to set the world on fire

3. Chomber: like a family dog? If yes, you will love the loyal Chomber. He loves to eat whatever he sees.

4. Karnel corn: frozen but with a warm and soft heart

5. Peashooter: don’t look at their cute innocent face, they can rock!

1. Oak & Acorn: designed to launch Super Sap Traps.Log tree-mendous vanquishes with this mighty pair.
2. Cactus: have taste in zombies. Put them around the battle and see the zombies vanishing.
3. Citron: you will love this one
4. Rose: enchanters but dangerous
5. Sunflower: their wonderful healing ability makes this cute faces special

1. Wizard: this powerful kind can cast spells and be the leader of the allies
2. Engineer: in charge of the inventions
3. Scientist: Well, not much smart to be honest! Zombies hook them up with Z-Tech weaponry

1. Electric Slide: designed to light up the battlefield and to bring the electrical shocking attack to the battled
2. 80s Action hero
3. Foot Soldiers
4. Imp and Z-Mech: Imp is the smallest zombie with a big weapon and Z-mech have its special technology
5. Super Brainz

1. Space Cadet: don’t let their size fool you. Their laser is more powerful than you think
2. All-Star: designed for pushing the line forward
3. Captain Deadbeard: be aware of the pirate with his parrots

More information about Plants vs. Zombies: Battle for Neighborville 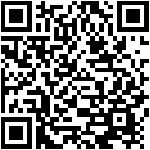