AND here is the Nioh 2 (Japanese: ??2). The latest samurai game of the Team Ninja and the prequel to Nioh (2017). Nioh 2 is an action role-playing game announced for the PlayStation 4 at E3 2018 during Sony’s press conference. The open beta of the game began on November 1st, 2019. And the full game released on March 13, 2020 for the PlayStation 4 by Koei Tecmo in Japan and Sony Interactive Entertainment worldwide.

If you are one of the Nioh players then all you need to know about Nioh 2 is more weapons, more skills, and lots more yokai plus a yokai spirit created by you instead of the blue-eyed Irish samurai William.

Nioh 2 is a historical fiction set in the 1500s in Japan. Storyline chapters are mostly prequel to Nioh and the end chapters take place after the Battle at Osaka. Take control of a yokai spirit, use weapons to fight, progress, and earn new skills.

The biggest change for Nioh 2 is the power to create your version of yokai. Unlike Nioh’s main character, the Irish samurai William, you can design and create your own character with details. Think your character is a universal hero? Then share a code of your yokai for others.

Transform to yoki form and use skills that are not available in human form. Some of the killed yokais will drop a “Soul Core” which you can use to transform into a yokai and access their abilities. All you have to do is to bring the Core back to a shrine before dying.

Nioh 2 has a much bigger skill array than Nioh. There are skill trees for each of the weapons in the game. Plus some skills to unlock for Ninja, Shiftling, Samurai, and Onmyo Magic. The weapon skill trees are about unlocking new skills for a special weapon and The Ninja skill tree focus on stealth, throwable bombs, and poisons to attach on weapons. Meanwhile, the Samurai tree is about bonuses and unlocking Ki pulses and the Shiftling tree is for increasing your yokai’s powers. And there’s also the Onmyo Magic tree which unlocks magic casting through Talismans.

– Co-op for up to three players

Nioh 2 have the co-op mode that will allow you to join your friends for an area of the game. Instead of just one, invite two of your friends to help you along.

– Need help and no friend around? AI is there for you

Remember the Bloody Graves in Nioh? Nioh 2 is introducing “Benevolent Grave”. The Benevolent Grave will bring an AI version of a player to your team. A companion with all gear and skills!

You can have Axe, Dual swords, Hatchets. Kusarigama, Odachi, Spear, Switchglaive, sword, tonfa, etc. use a weapon much to earn Familiarity, more damage, and bonuses.

– Many changes after the open beta 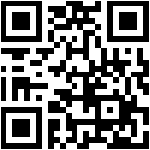