Create a sprawling industrial city, design powerful factories, and compete with other Great Houses for resources, territory, and power and to stake your claim to the Industries of Titan!

Make your own city. Grow your city from a few small buildings into a massive metropolis!

Build cities, factories, an economy, and maybe warships in the Saturnian moon. Deal with rivals in extremely hostile takeovers. The game is focused on Titan’s ship-to-ship combat in a future dystopia. The capitalism allows for all-out warfare between corporations, so long as they’re willing to pay the government the appropriate war bonds.

Make your factory, set up a production line to make powerful devices and buildings from raw material

To make a powerful and efficient economy, you must Balance your employee’s needs, your buildings and also your factory.

Start battleship combats to overcome your enemies. That’s the way you can prove your superiority, political influence, or the sheer productive power of your factories

Industries of Titan isn’t just a ship combat game. You can avoid combats if you want. In this case, you must build interconnected factories and supporting structures to increase your capital.

Visit the interior of every building and customize them to increase productivity.

Each ship’s interior is fully and completely customizable in the Industries of Titan. Purchase every component you desire – from the cockpit and medbay to lasers and fuel reserves – and place them wherever you want. Just note that your crew will need full access to every station and component in case they were broken and needed repair.

“Besides having the biggest guns, it’s money and efficiency that drive the conflict in Industries of Titan. The flow of combat is almost identical to FTL. Cross-sections of two ships appear on screen while little crew members man weapons and cockpits and the like, scrambling to fix the inevitable pileup of disasters. You can pause the action at any time to survey the damage, incoming or outgoing, delegating tasks to individual crew members and targets to weapons.”

More information about Industries of Titan 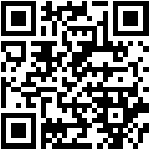