Darksiders Genesisis an upcoming top-downhack and slashaction/adventure role-playing video game for Microsoft Windows, Nintendo Switch, PlayStation 4, Xbox One and Stadia. The game is about angels, demons, and everything possible on the way to hell and back. Enjoy a game full of guns blazing and swords swinging.

Since the beginning of the time, THE COUNCIL was In charge of maintaining the Balance across existence. THE HORSEMEN are the ones to carry out their orders. Nephilim ate the powerful beings spawned from the unnatural union of angels and demons. They have pledged themselves to the Council and been granted immense power. But this power came at a tragic cost, they must use their newfound strength to wipe out the rest of their kind. So there was a tragic battle on Eden. Horsemen annihilated the Nephilim as they had order.

“Still reeling from the events on Eden, WAR and STRIFE have been given a new assignment — LUCIFER, the enigmatic and deceptive demon king, has been plotting to upset the Balance by granting power to master demons throughout Hell. War and Strife must hunt down these masters, gather information, and ultimately fight their way through a tangled, demonic conspiracy that threatens to forever upset the Balance and unravel all of creation.”

War is a loyal Horseman who fights to uphold the Balance on behalf of the Council. Players will be a younger version of War. When he had recently become a Horseman and is still figuring out what it means to fight for the Balance. He has committed to be an efficient and deadly soldier, destroying the enemies of the Council without hesitation.

Strife is the gun-wielding Horseman who serves the Council to maintain the Balance. He is decisive to tear down any angel or demon that stands in his way. 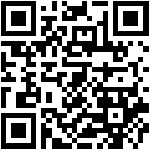