Biomutant is a post-apocalyptic, action role-playing Kung-Fu fable in an open world environment. It features a unique combat system that combine melee attacks, long-range shooting and mutant ability all together.

The tree of life is polluted because a poisonous oil start to come up from beneath the surface. The tree of life must be saved since it gives life to the whole world through its five roots. Players will be a raccoon in an open world filled with mutated animals. The mission is to save the tree by going to the end of each root. Beside the oil, there will be six tribes there. Three of them trying to save the tree and three trying to destroy it. Players can ally with a tribe, destroy them or just leave them alone without murdering.

The first step is tocustomize character. You must choose sex, body shape, thickness, fur, fangs etc.
Players can also re-code genetic structure and change their abilities, looks and play by mutations(like mantis-claws and barbed tails) and bio-mechanical body parts (such as attaching robotic legs, wings and claws) to overcome enemies or reach some specific locations.
You also can choose the type of gear that you wear. Use gas-mask and an oxygen tank while exploring the Dead Zones or wear thermos-resistant clothes in cryonic areas

Biomutant has branching storylines. Each choice will have an impact on the gameplay. For example a heavy character is slower but it can resist more damage. Your decisions, actions and interactions will change the story and the characters too (dialogues and behaviors).

Enjoy Revolvers, rifles and shotguns plus some modifications like cork-screws, chainsaw and bio-contaminated sludge vials.
Players can freely mix and match parts that they’d collected throughout the game to craft their own unique melee weapons. There are even characters in the game that will craft for you. You must combine these parts to create a weapon. And you can switch between different weapons during combat.

Maximum freedom of movement (to the left, right, and backward, as well as jump). Unlock new moves and Wushu combat forms as you progress in the game or learn them from the specific masters you’ll meet in each area. And don’t forget that most moves are based on weapons using in the moment.

There are lots of discoveries, weird creatures and mysteries in this world. Explore the dying world by foot, Jet Ski, mech and air balloons. The game also features day-night cycle plus dynamic weather system which affect the gameplay and characters behavior.

There are lots of discoveries, weird creatures and mysteries in this world. Explore the dying world by foot, Jet Ski, mech and air balloons. The game also features day-night cycle plus dynamic weather system which affect the gameplay and characters behavior. 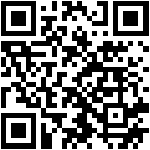