Assassin’s Creed Valhalla is The Ubisoft’s upcoming Viking RPG adventure in the stealth and slaughter series. The game is about The History behind a Legendary Viking Raider set in 9th century England. Assassin’s Creed Valhalla will be out for Xbox Series X, PS5, Xbox One, PS4, Stadia, and PC (UPlay and Epic) Platforms (Available in Standard, Gold, Ultimate, and Collector’s Editions) in holiday 2020. Get in the world of Vikings and Norse mythology as a leader of a Viking clan. Be a fierce Viking worrier and lead your clan to clash with the Saxons while trying to build a new home and settle in ninth-century England.

During endless wars and dwindling resources at the end of the ninth century AD in Norway, the Eivor’s clan of Norsemen has left Scandinavia. They sailed the icy North Sea to build a new home in England kingdoms. As you embark on this journey, you are forced to lead your Vikings and fight in battles. Once you reached and picked the land you desire, it’s time to build and grow your settlement include various buildings like barracks, a blacksmith, and even a tattoo parlor. A job which won’t be easy. As the Vikings begin to settle in their new home, You must lead massive raids to deal with the Saxons enemies and conquer Saxon forts. You also can use diplomacy and find some alliances among the lords of England.

Advanced RPG mechanics for shaping the character and the surroundings

Dialogue and player choices are back in Assassin’s Creed Valhalla that could change the story. be aware! Every decision has a long-lasting effect In Assassin’s Creed Valhalla. Every political alliance, combat strategy, and dialogue choice will alter your journey. Choose your word as a sword. When it’s about finding a new home, combat won’t always be the first option. Make more friends to make your way.

You will play as Evior. A Viking who leads a clan of Norse people to flee Norway’s endless war and dwindling resources. Players will be able to choose Evior to be male or female.

– For the first time in the series, you can customize your character’s appearance like hair, tattoos and was paints

As their leader, you must build and customize your places with your people and recruit new members for growing your clan.

– Big epic-scale combats with throwing axes and dual-wield with weapons (like axes, swords, and shields)

– The classic assassin’s hidden blade is back in Assassin’s Creed Valhalla. Not so hidden this time. As before it allows Eivor to assassinate targets with deadly precision.

– You can build unique mercenary Viking raiders to fight beside your clan and to share these with your friend to use them in their own gameplay. Each time a friend uses your mercenary, you will earn loot. – Layla Hassan which first appeared in Assassin’s Creed Origins is in Valhalla too. 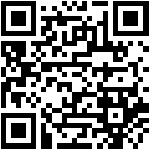