Fight in a tactical multiplayer first-person shooter video game. Argo is a free-to-play combat game. Fight along unlimited territories with weapons and bullets. Mastering in your skills and gaining reputation is all you need to rank up in the list and become well-known.

Mercenaries are deployed to Malden Island by two rival factions. Soldiers must fight over the remains of a crashed space station.

If you enjoy playing Argo make sure to check out the new premier military game, Arma3. Although Arma has so many things in common with Argo, Arma 3 has some genuine combat features. Enjoy the new fully detailed, open-world battlefields (hundreds and hundreds kilometers). Fight alone on foot, drive different kind of armored vehicles or choose helicopters and jets. use +40 weapons and +20 vehicles, play solo or team up. Play among more than 3 million players worldwide. 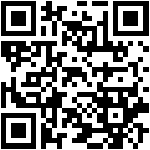