Welcome to the Cycle, a competitive quester in a combination that has never seen before. Run the risk of stepping outside the limits by being one of the 20 mercenaries who experience a journey to the beautiful rich planet of Fortuna lll and take the chance to conquer it.

Tear into a new adventure. Test yourself, improve your skills, discover, overcome and settle in.

Meanwhile, be aware of imminent dangers. You are forced to fight against alien denizens and hunters wandering around in a treacherous planet. In addition to fighting off the local wildlife, you’ll need complete contracts from your fiction to gain credits and craft better gears in order to survive.

You will definitely come across the prospectors who are doing the same as you. Avoid them, Fight them and take some of their resources or team up to complete the most contracts, pool your resources and scape Fortuna lll before the planet pull you apart.

“There are elements of the game that may seem familiar, but at the concept’s core is players. The ones that want to team up, the ones that want to focus on objectives, the ones out to take down some trophy monster and of course the ones who – despite everything – will go around trying to blow away other players.”

Explore the new world of Fortuna III. The planet is full of fortune, alien life, and other prospectors!

The Fortuna lll is controlled by different factions. In their contest to conquer the planet, they needs several contractors to do their dirty works. As one of the contractors, pick any faction you like at the beginning of each match and complete their contracts. The more contracts, the more the rewards.

Don’t forget to keep your eye on the competitions.

Gear up to play. Choose among all sort of equipment, weapons and abilities to make the most of your “the cycle”.

Upgrades are crucial for the future battles. Use the resources you will found in the Fortuna III or use the rewards of your braveries to craft more gears.

While you can play this game solo, you might be better off trying to form a squad with others you meet in the planet. Find valuable allies that serve you the most in the shortest time. And perhaps wait for the right time to stab them in the back! 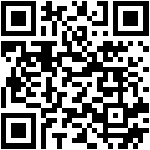