Remnant: From the Ashes is an action RPG third-person shooter survival video game set in a post-apocalyptic world overrun by monstrous creatures. The game released for Microsoft Windows, PlayStation 4 and Xbox One on August 20, 2019. Face deadly enemies and epic bosses as one of the last remnants of humanity to build the lost world again. With over 100 varieties of enemies, 20 epic bosses, and endless possible combat scenarios, it’s going to take everything you’ve got to survive.

Explore dynamically-generated worlds inspired by fantasy, science fiction, Westerns, post-apocalyptic worlds that change each time you play (new maps, enemy encounters, quest opportunities, and in-world events). Remnant: From the Ashes has four unique worlds that are filled with monstrous denizens and environments and it will provide fresh challenges with each start.

As you start the game, you will realize that the Root has taken over all of Earth. You must destroy the heart of the Root located in a nearby tower to stop them. The Founder is the only person who knows how to get into the Tower but unfortunately he has disappeared.

Use two weapons at the same time. Have one main weapon and one sidearm plus melee weapon. Enjoy a range of weapons including assault rifles, shotguns, hunting rifles, sniper rifles. You can also upgrade their weapons and armor by attaching materials you find to your personal arsenal. Each upgrade will give extra abilities, unlock trait points. All of these can be used for increasing the stats of characters.

* Create and customize your own character

* You will not lose your items or skill points when the character is dead. You will just be taken back to the checkpoint. Just know that the game variety will face you with different number of enemies each time.

Remnant allows players to set out alone or team up with up to two other players as survivors. Teamwork is necessary to make it through the game’s toughest challenges… and unlock its greatest rewards. The game’s difficulty scale will be based on the number of players in the game. If players return to the single-player mode, they should progress through the story again due to the fact that different elements found in one player’s world may not be the same in another player’s world.

More information about Remnant: From the Ashes 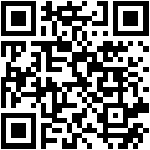