Minecraft Dungeons which had a time delay due to the current state of the world is coming out on May 26, 2020, for Nintendo Switch, PlayStation 4, Windows, Xbox One, and Xbox Game Pass.

Minecraft Dungeons is an action-adventure RPG, dungeon crawler-style game from Microsoft. Use your weapons, artifacts, and enchantments and Join up to 3 other players to fight together to defeat the Arch-Illager and save the villagers.

– Minecraft Dungeons is a brand new game inspired by classic dungeon crawlers and set in the Minecraft universe. Enjoy the blocky Overworld and explore it while looting, character progressing, and action-packed combat instead of the usual creative construction gameplay in the Minecraft series.

The Arch Illager – from the previous games in the series – has kidnapped innocent villagers. You must end his dark reign. Defeat a mob or rescue a specific NPC to complete each level and gain a specific objective.

– No character classes in Minecraft Dungeons

It’s not about picking a designed character. It’s all about making your play style and choosing your weapons (including swords, bows, crossbows, two-handed weapons like hammers, shields, pickaxes, etc.) to personalize your character.

Don’t forget to choose everything base on your play style. Want to be a defensive “warrior”? Then pick heavy plate armor and wield defensive artifacts. And if you want to use spells choose lighter armor

– The central camp will give you the options to choose your next mission and the system will show you the mission’s difficulty based on your Power level. It’s up to you to take the easy ones or risk everything for better loot.

– Minecraft Dungeon’s world will change with completing each mission. The paths, mobs, and treasures will change due to the mission’s objectives and narrative.

– The game will be available in Standard and Hero editions. The Hero Edition contains a Hero Pass that includes a Hero Cape, skins, a chicken pet, and two upcoming DLC packs. 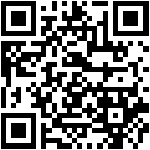