GreedFall is an action role-playing fantasy game for Microsoft Windows, PlayStation 4, and Xbox One. The world is polluted, overpopulated, and plagued by a disease. people are dying. But there is hope. A new island has been discovered that may have the cure. An island that is filled with magic, riches, secrets.

Explore a new remote island and try to find the cure among other settlers, treasure hunters and mercenaries. Just remember that the locals are fighting to protect their island and there are supernatural creatures there too. Play a game that includes combat, force, deception and diplomacy, and stealth. Each choice you make will change the game in certain ways.

Customize your character as you wish. Choose gender, appearance, abilities, and skills to create your playstyle. Enjoy Hundreds of skills and equipment to create your own fate.

Its 7th century in Europe. “The architecture, costumes, weaponry, ambiance all take root in this period of history dominated by exploration, scientific discoveries, and booming culture in general.”

The world of GreedFall is a new island full of magic and monsters. You will be a neutral Human who arrives at the island. You can join either the natives or any foreign forces who are trying to inhabit the island. There’s also a mysterious illness close to you and you must find the cure meanwhile.

De Sardet is the main character looking for a cure for Malichor disease. When he first came to the newly discovered island there’s a fight between natives and newcomers from the old world. As De Sardet is searching for the cure he must keep the peace between factions and prevent war.

The GreedFall is home to 6 different factions. Each faction has its own beliefs, agenda, territory, allies, and enemies. First, you don’t belong to any and you can choose one as you play the game. Each choice you make can make you a friend or an enemy. You must decide who to help and who to fight. And of course, you can be neutral towards them.

These are the factions:

The Bridge Alliance, The Coin Guard, The Congregation of Merchants, Theleme, Nauts, and Yecht Fradi.

* The Bridge Alliance is a group of scholars believing that knowledge is power and science can explain everything. Scientific discoveries were the thing that brought them to the island and now the natives who can do magic are their main question.

*The Coin Guard is a group of hired assassins, bodyguards. Their role is to be hired by other factions to do the dirty work.

*The members of Congregations of Merchants are always looking for ways to get richer and they’re looking for treasures on the island. this will be your first faction.

* Theleme is a religious sect and they believe in magic.

* The Naughts are the highly skilled navigators.

*Yecht Fradi are the natives of the Teer Fradee Island. They have a special connection to the creatures and can use magic. 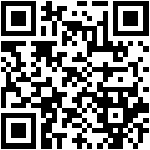