Take control of a mercenary soldier called Cloud Strife in the dystopian cyberpunk metropolis of Midgar. Cloud Strife and his eco-terrorist group have an underground organization – Avalanche – and they are fighting against a powerful electricity megacorporation – called Shinra – which are extracting life sources (Mako) and turn it into energy, the process which is destroying the planet. The aim is to blow up the Mako reactors and end Shinra’s control on the planet.

** Combine real-time action with strategy and role-playing. there’s some turn-based combats to bring back the nostalgia of the original game. Switch between Avalanche’s members to use their skills.

** The “Active Time Battle” (ATB) system is back from the original game. Since the ATB is filled, you can slow the battle down to fire, cast magic, use your abilities, and more.

Enjoy new characters while playing real-time action instead of the turn-based combat in the original game. Here is a list of the characters:

A first-class soldier who came to Midgar start a new chapter of his life as a mercenary. Tifa – his childhood friend – had invited him to work for Avalanche. he doesn’t care about the planet and he’s just there to do his job.

A flower seller who lives in the Sector 5 slums. She had always been an issue for the Shinra since she can hear the voice of the planet.

The owner of the Seventh Heaven – a popular bar in the Sector 7 slums – and a loyal member of the Avalanche. For the first time in so many years, Tifa is united with her friend, Cloud.

The leader of an independent Avalanche cell in Midgar. A disavowed soldier who came to take revenge from Shinra. He and his small group of trusted followers watch and keep the neighborhood safe when they’re not fighting against Shinra. Barret also has a daughter, Marlene, who means the world to him.

A member of the Avalanche, in charge of the needs from explosives to fake IDs. She also earns money for the group by repairing water filtration units and selling devices. Weakness: handsome men!

A member of Avalanche, in charge of peacemaking and gathering information from his impressive list of contacts and personal charm. He’s an important member because he makes peace between Avalanche’s members.

A member of Avalanche, a calm, neat and tidy person who always clean other’s mess.

A famous soldier inspired countless people to join the military. As written in official reports, he died in a classified mission.

The current President of the Shinra Electric Power Company raised the company from also nothing. His profits are all that he cares about and he’s ready to clear his road to greatness no matter what.

A member of a special task force in Shinra’s Division – called Turks. A quick talented soldier.

A member of the Turks. A silent soldier with outstanding physical prowess

The President’s right-hand man since the early days of the company. he is as ruthless as the president and won’t hesitate to sacrifice others to get what he wants.

A soldier who loves bikes and speed who don’t care about anyone.

He directs Shinra Electric Power Company’s Research and Development Division. He creates biological weapons And is ready to test his weapons on anyone. 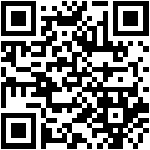