Enjoy Dirt 5, the upcoming video game by Codemasters. Race all around the world in more the 70 unique routes with dynamic weather and season system. Drive on frozen rivers, under the shining Northern Lights at Norway, sunny hot places, and more. Pick your vehicle on a list from rally icons to trucks and GT heroes. Be creative and playful, race solo or with friends in two online and an offline mode.

– DIRT 5 is the next generation of extreme racing focused on off-road racing in a wide range of locations like Arizona, Brazil, China, Italy, New York City and Norway, etc. Experience the boldest off-road racing game. Race on gravel, ice, snow, and sand all around the world.

Ride where you want, behind the wheel of what you want, Including GT heroes, off-road buggies muscle cars, classic rallycross legends, trophy stadium trucks and so much more to explore

Compete or Co-Operate in Multiplayer modes

For the first time in the series, up to four-player split-screen system is introduced. You can also compete against up to 12 players in innovative online modes.

– Dynamic weather and season system that allows you to play in all conditions.

– The game includes the story-driven narrative-focused career mode that allows you to play against another driver (voiced by Nolan North). You will also have a mentor (voiced by Troy Baker) who gives you advice till you become a legend. 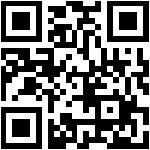