Control is a supernatural action-adventure video game for Microsoft Windows, PlayStation 4, and Xbox One.

The Federal Bureau of Control (FBC) is a secret U.S. government agency which studying phenomena that violate the laws of reality. You will be Jesse Faden, who is the Bureau’s new Director for searching the Oldest House (the FBC’s paranormal New York headquarters).

The game focuses on Jesse Faden, the Bureau’s new Director. The world of “Control” has its own story. Side-quests and Secrets are everywhere. As Jesse, you will works with other Bureau agents, decodes cryptic ciphers and discovers strange experiments.

Control is set within the Oldest House, a skyscraper in New York City, which is known as a “Place of Power.” The large world map of the game can be explored by unlocking new abilities and clearance throughout the game. There’s also some Certain areas called “Control Points” that can be used to fast travel throughout the building after they have been cleared of enemies.

“Control is about a secret agency known as the Federal Bureau of Control (FBC), which is responsible for the investigation of “paranatural” phenomena which defy ordinary reality, usually manifest in the form of Altered World Events (AWEs). These AWEs affect archetypal objects and give them unique properties; referred to as Altered Items by the Bureau, they are contained within their headquarters at the Oldest House. AWEs also produce Objects of Power, which are unique in that they grant certain individuals paranatural abilities.

Objects of Power are connected to the Astral Plane, an alternate dimension housing the Board, an extradimensional entity which communicates through a massive, inverted black pyramid. The Board ordains the Bureau’s leadership through a ritual connected to the Service Weapon, an Object of Power; whoever the Board chooses to wield the Service Weapon is considered by default to be the Director of the FBC. The Oldest House itself is referred to as a Place of Power by the FBC; on the interior, it is an infinite, constantly shifting space connected to various alternate dimensions through rooms known as Thresholds.

Jesse who arrives at the Oldest House seeking the whereabouts of her younger brother, Dylan. Seventeen years prior to the game’s events, Jesse and Dylan were involved in an AWE in their hometown of Ordinary, Wisconsin involving a slide projector Object of Power capable of opening portals to other dimensions. After the slide projector’s paranautral properties resulted in the disappearance of Ordinary’s adult population, the FBC apprehended Dylan and the slide projector while Jesse fled, burning all but one of the slides.

Jesse arrives at the Oldest House through the guidance of Polaris, a paranatural entity which rescued her and Dylan during the Ordinary AWE. Throughout the game, Jesse encounters various allies in the FBC, including research specialist Emily Pope, security chief Arish, Head of Operations Helen Marshall, and Ahti, a mysterious Finnish janitor. She also learns of the FBC’s former Director Zachariah Trench, and finds various informative videos created by Dr. Casper Darling, the Bureau’s missing Head of Research.”

You will be challenged to fight throw an unpredictable world, while you’re trying to master the supernatural abilities, modifiable loadouts, and reactive environments all together.

work on your supernatural abilities plus upgrades, and modifiable loadouts to define your own playstyle. Control’s combat system can be customized and balanced to each player’s personal preferences

You will have the service weapon which is asupernatural firearm. The weapon can be adapted into different forms with different combat applications. The service weapon can be upgraded.
There’s also a variety of supernatural abilities such as telekinesis, levitation, and the ability to control certain enemies. To gain powers, you must find various Objects of Power which are hidden in the Oldest House

Agents of theFBC are the main enemies in the control. “They range from standard humans carrying firearms to heavily mutated variations which possess a variety of superpowers. Some of Jesse’s abilities allow her to seize control of enemies’ minds temporarily, turning them into her allies, and allowing their abilities to be used for the player’s benefit.” 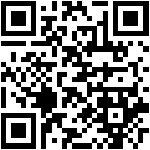