uTorrent has been in active development since its first release in 2005. Although originally developed by Ludvig Strigeus, since December 7, 2006, the code is owned and maintained by BitTorrent, Inc. The code has also been employed by BitTorrent, Inc. as the basis for version 6.0 and above of the BitTorrent client, a re-branded version of µTorrent. All versions of this software are written in C++ language.

With over 150 million users, it is the most widely used BitTorrent client outside China. The program was designed to use minimal computer resources while offering functionality comparable to larger BitTorrent clients such as Vuze or BitComet. 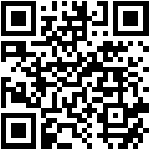