Hearthstone is a free-to-play online digital collectible card game developed and published by Blizzard Entertainment. Originally subtitled Heroes of Warcraft, Hearthstone builds upon the existing lore of the Warcraft series by using the same elements, characters, and relics. It was first released for MS Windows and macOS in 2014, with ports for iOS and Android releasing later that year. The game features cross-platform play, allowing players on any supported device to compete with one another, restricted only by geographical region account limits.

The game is a turn-based card game between two opponents, using constructed decks of 30 cards along with a selected hero with a unique power. Players use their limited mana crystals to play abilities or summon minions to attack the opponent, with the goal of destroying the opponent’s hero. Winning matches and completing quests earn in-game gold, rewards in the form of new cards, and other in-game prizes.

Players can then buy packs of new cards through gold or microtransactions to customize and improve their decks. The game features several modes of play, including casual and ranked matches, drafted arena battles, and single-player adventures. New content for the game involves the addition of new card sets and gameplay, taking the form of either expansion packs or adventures that reward the player with collectible cards upon completion. 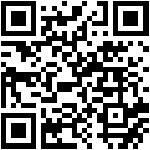