Disintegration is a sci-fi first-person shooter combined with real-time strategy elements, developed by V1 Interactive and published by Private Division for Microsoft, Xbox One, and PS4. The game is half thrilling single-player campaign and half PvP multiplayer. Pilot a heavily weaponized Gravcycle to the battle and command your troops in a world where factions of “Natural” and “Integrated” humans are at war.

The Disintegration is set in the near future on Earth. Bad things happened (Climate change, pandemic, war) and the only hope for survival is Integration, a process of transplanting human brains in robotic armatures in order to survive the harsh conditions.

Integration was a temporary measure at first, but a group called the Rayonne made it the future of humanity.

You will be the protagonist, Romer Shoal. He is an integrated character, a guy who has previously convinced people to integrate. When things changed, as a former Gravcycle pilot, he is one of the people who rebelled and escape from the Cloud (a floating base commanded by the Rayonne and led by Lt. Col. Black Shuck). Romer Shoal is fighting with a group of the resistance force, a small group who are fighting to keep their memories of good old days.

Pilot a variety of weaponized Gravcycles (hoverbikes) and lead a small group of Outlaws on the ground to take down the Rayonne. Each character has its unique abilities and can be commanded to attack specific enemies.

The single-player campaign has two goals. You must unlock loadouts for your Gravcycle and squad while commanding up to four units.

apart from the thrilling single-player campaign, you can fight in a PvP multiplayer mode. There will be maps and three different team-based 5v5 multiplayer modes (including Zone Control, Collection, and Retrieval), and the aim is to fight with different pilots and their crews.

You can choose your favorite Gravcycle and your crew (from characters with different perks, strengths, and specialties) to win objective-based matches. But remember that you must be wise and handle the destructive weapons on the Gravcycles alongside utilizing ground units with individual abilities

The Collector mode is about killing while In the Retrieval mode you must catch the flag and carry it to the objective (don’t forget to escort your team on their way) and the  Zone Control mode is about becoming the king.

One thing is guaranteed in the Disintegration. You will love the characters. They’re smart, fun, likable, and spunky. Each has its own individual look, personality, skills, and playstyle. You can also customize characters with different skins, banners, badges, and emotes.

Your Gravcycle is heavily armed with different firepower and abilities. And your crew can use their unique abilities to attack targets on the ground. 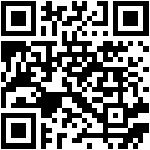