The Auroa, a fictional island in the Pacific Ocean, will be the game setting. Players will be a Lieutenant Colonel Anthony “Nomad” Perryman which is a Special Forces operative. His duty is to investigate a series of disturbances involving Skell Technology, a military contractor based on Auroa.

There owner of the island is Jace Skell. A billionaire entrepreneur and philanthropist, former of the Skell Technology. The company which produce commercial drones. It’s also a military contractor developing cutting-edge equipment for the United States government. Skell wanted to make Auroa a hub for the design, research, development and production of artificial intelligence and drone technology.

Skell technology has a type of AI facility that becomes increasingly autonomous, and therefore more dangerous. After landing on Auroa it’s up to you (Nomad) and your teammates to figure out what’s going on. You must do your job while you’re being followed by advanced drones which are armed with some advanced and strange technology

“Nomad, the leader of a Ghost Recon fireteam deployed to Auroa, finds that former Ghost Cole D. Walker has gone rogue. A private military contractor named Sentinel has occupied the island under Walker’s command while Walker himself is leading a team of soldiers calling themselves the “Wolves”. Armed with cutting-edge weapons and equipment, the Wolves have commandeered Skell Technology’s drone production as part of a self-appointed mission to safeguard the future of warfare.”

As in the previous games, players will have weapons, combat drones, rocket launchers, stealth etc.
they also can use equipment to make new weapons and gears (such as blowtorch, sulphur gas grenades, electromagnetic pulse grenades etc.).

As a part of the game you supposed to collect different resources (like bandages, weapon maintenance checks. You have to manage your character’s fatigue, hunger and hydration. Otherwise it will affect you in different ways. It will slow you down, limit your ability to gain health or it may make you noisy. An easy target!
It’s best for players to set up a bivouac shelter. In order to heal, manage weapons and inventory, customize character and change classes.

Join three other player to play cooperatively or enjoy single player mode (your AI friends in the Tom Clancy’s Ghost Recon Breakpoint game will be Kim “Fury” Hernandez, Benjamin “Fixit” Jones and David “Vasily”) carry your fallen teammates away to save them or  you can carry the corpse for hiding them.

There will be wide range of enemies. They have access to many weapons, skills and equipment just like you do (same as other players). Enemies are searching for players all over the place. They respond more realistically to player actions and patrol’s sounds

Four character classes and more with updates. Each class has its specific abilities. For example, the panther class is about stealth and smoke bombs.
As a player you have the chance to change between classes. Just gather intelligence and finish missions to progress.

Different dialogue choices in the game will give you some hint. Use them to complete your missions. 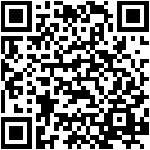