Turn into a magical superhero in a chaotic mage-based battle royale. Spellbreak is a new battle royale RPG. The game is about epic magic combat. Be armed with magic spells, use spectacular spells and craft strategic builds to survive in the amazing world of the Spellbreak.

* Enjoy playing the upcoming battle royale from developer Proletariat that ditches the guns and grenades in favor of mages.

* Against most others battle royale games – which focus on shooting people with guns – Spellbreak has a medieval fantasy setting. Players will control battlemages. They also can customize their magic users by changing their powerful spells or even combine them for more devastating effects. mages search for magical equipment such as enchanted gauntlets that fling spells, boots and belts that provide buffs, and other enchanted gear that can add teleportation, invisibility, and other powerful effects.

Spells also include electric blasts, toxic fumes, ice magic, and wind powers that let you summon tornadoes. You can combine the spells with each other too. As an example wearing a fire gauntlet lets you make a burning wall of flames, and a stone gauntlet lets you hurl a boulder through the air. Hurl the boulder through your flame wall and now you’ve got a burning boulder ready to drop on someone’s head. With the fire and poison gauntlets, you can launch a Toxic Cloud spell and then ignite it with flames to create a fiery green explosion (called Dragonfire).

* There are also several classes of mage to choose, each with their own signature powers. Leveling up during the game will let you access to even more abilities.

* Communicate with your teammates easily and quickly by clicking the middle mouse button. point out a spot on the map or an item of interest by one click and spotted an enemy with double-clicking.

* Different ways for getting around, including using ice magic for making a long lane of frozen turf and skate. Just be aware that others – friend or foe – can use your built way too. Other interesting features of the ice lane is that you can throw an electric bolt into the puddle for a brutal shock, and a fireball can scalded peoples by steam.

* Players have dodge walls of flame, gigantic boulders, poisonous mists, and other elemental-based attacks.
* Mages can move swiftly through the map, hover or jump long distances.

* Enjoy online matches in the spellbreak. Note that these combats are typically shorter than Spellbreak’s military-themed competition. You can also equip items (or pick them up from fallen foes) like belts and boots to increase your stats. Thus, the longer you survive, the more powerful you become.

* Although your aim and your targeting ability are important, your tactics matter too. The way you use your abilities and your cooldowns play an important role in the game.

* Spellbreak is in Closed Beta! Which means it’s just the beginning and that the game is actively developing. New content, modes, classes, and gauntlet types plus balancing, bug fixes, and more will be available within each update. 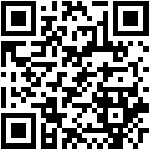