Ori and the Will of the Wisps is a brilliant, colorful, challenging action-adventure Metroidvania video game for Xbox One and Microsoft Windows 10. The game is going to be released on February 11, 2020. Explore a vast, exotic, and strikingly beautiful environment and Unravel Ori’s true destiny.

Ori is a white fox-like guardian spirit that players will take control of. You have to move between platforms and solve puzzles to progress in the game.

“The game world unfolds to the player in the fashion of a Metroidvania, with new movement abilities allowing the player to access previously inaccessible areas.”
It is darker and creepier than the previous game. There are also more locations to discover

Ori and the Will of the Wisps take place after the events of Blind Forest (the previous game). The game story is centered on a new adventure. The aim is to discover the world beyond the forest of Nibel, uncover the truths, and unearth Ori’s true destiny.

New weapons and abilities to unlock. Including swords, bows, and arrows of light plus explosive projectiles

Experience new thrilling modes, more challenging puzzles, and enemy types. More movement abilities. As you progress through the game your movement and combat abilities will upgrade

“Spirit Trials – Race to the top of the leaderboards in unique speed-run challenges throughout the game.

More information about Ori and the Will of the Wisps 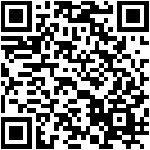