LUNA The Shadow Dust is a charming fully hand-animated Point & Click adventure puzzle game, brought to life through wordless storytelling, beautiful 2D cinematics, and a breathtaking original soundtrack. The game will be out in February 2020 for PC / Mac / Linux (Steam, GOG, Humble Store, Mac App Store) Experience a unique adventure that requires courage and determination. Enter the ancient tower at the edge of the world, help the protagonist bring back his lost memories and find out the darkest secret beyond the tower.

Traditional frame by frame animation, 12 frames per second, 3 layers per frame. Over 250 animations and 20 minutes of cinematics.

Single-player mode only, but with two characters to control

Enjoy solving puzzles from different perspectives. Two playable characters – a boy and his mystery friend – are drawn together through an inseparable bond. They will discover a story through a journey that needs courage.
Players will control both the boy and the titular Shadow Dust that’s keeping him company. they investigate their way through the tower in search of answers and lost memories

Behind the shadow of reality, a broken enchanted world awaits illumination. When the world lost its balance, a boy and his companion must go on an unexpected, magical journey. They must solve puzzles and trace back the memories of old. Enter the ancient tower that stands at the edge of the world. the order of the world will not be restored until the moon rises again. And the boy cannot go back in time to correct his mistake.

Follow your imagination and solve different kinds of puzzles, all in gorgeous hand-drawn environments. Each and every Puzzle in the game is a standalone that requires no hidden items or player backtracking.

LUNA The Shadow Dust has no written dialogue. The dialogue system is replaced with a series of beautifully hand-animated cinematics.

The orchestral music is wonderful. An original soundtrack designed to immerse the player in the emotional highs and lows along the journey.

* A beautiful magical focus on light and shadows

* A stunning game with dream-like artwork.

* Tweaking various colors in the game so that certain puzzles could be solved by colorblind players. 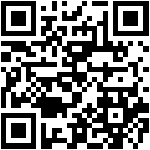