Skip to content
Homegamepc-gameWorld of Warcraft Battle for Azeroth v8.2

World of Warcraft: Battle for Azeroth is the seventh expansion pack for the massively multiplayer online role-playing game, following Legion. It was announced at BlizzCon on November 3, 2017. In contrast to previous expansions, which went live at midnight in each time zone, the game had a simultaneous release for all regions, corresponding to midnight Central European Summer Time on August 14, 2018.

Like other expansions, it adds new zones, dungeons, raids and etc. In addition to raising the level cap from 110 to 120, the expansion introduces the Kul Tiras and Zandalar continents and four allied races for both the Alliance and the Horde, while also adding dungeons and raids, warfronts (20-player PvE mode against opposite faction NPCs), and uncharted islands.

You can recruit the allied races, who were formerly neutral factions or newly introduced, by completing quest chains. When You unlock an allied race, new characters from that race will start at level 20. If You level up an Allied race from 20 to level 110 without using any character boosts, you will be rewarded with a unique “Heritage Armor” for transmogrification that reflects the unique lore behind the race, but is limited for use to that race.

More information about World of Warcraft Battle for Azeroth 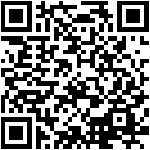