If you’ve ever played Pinball FX, Zen Pinball, Operencia: The Stolen Sun, Plants vs. Zombies, Portal, Street Fighter, or the CastleStorm – which received the Apple Store’s Editor’s Choice award – then you must be familiar with the Hungarian video game developer behind them all, the Zen Studios. And we are happy to introduce you to the next installment of the CastleStorm. The CastleStorm 2 was published for Nintendo Switch, PlayStation 4, Xbox One, and the Epic Game store in 2019.

The game is a combination of elements of the castle-bashing destruction from Angry Birds and the tower defense mechanics and tactical strategy. Return to fairytale and colorful lands, where a new threat is waiting for you.

Aim your catapults! Command your troops! A whole new metagame of strategic conquest and turn-based tactical intrigue. Including 6 new distinct story-driven campaigns, PvP and co-op multiplayer modes. All to plot your path to triumph.

Return to a classic fantasy land of medieval madness, rife with heroic knights, enchanting sorceresses, glorious griffins, and more with a great emphasis on storytelling and new threats!

As you may saw in its predecessor, CastleStorm 2 is a side-scrolling physics-based real-time strategy game in which you will take on the role of castle rulers but the strategic aspects are much more important in CastleStorm 2 . As a feudal lord, the priority is to defend your fortress from dangers and Build your empire. You can also conquer or destroy other fortresses at the same time.

Similar to the Angry Birds series – in some ways – you have a ballista on top of each castle which is designed to destroy fortifications and hold back enemy units. Use you’re strategic plans and decide the place and the angle of your shoots. As in CastleStorm, There are different kinds of missiles to choose base on the situations.

– CastleStorm II also offers combat units and 6 story campaigns, each telling a story of a different hero. You have the opportunity to take control of a hero and fight directly on a battlefield. Each of six distinct campaign modes is represented by memorable heroic characters, as you strive to conquer the map through a mix of turn-based strategy and skill in an upgraded take on traditional CastleStorm combat. You’ll build castles and fortresses – and eventually an entire empire.

– Competitive and cooperative multiplayer modes that support cross-platform functionalities. Fight against other players in the competitive campaign, PvP “castle-destruction matches” or team up and defend your territories together against the computer opponent.

– Win in the battles and power-up to unlock new weapons and troop classes for use in battles. 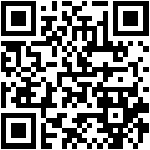